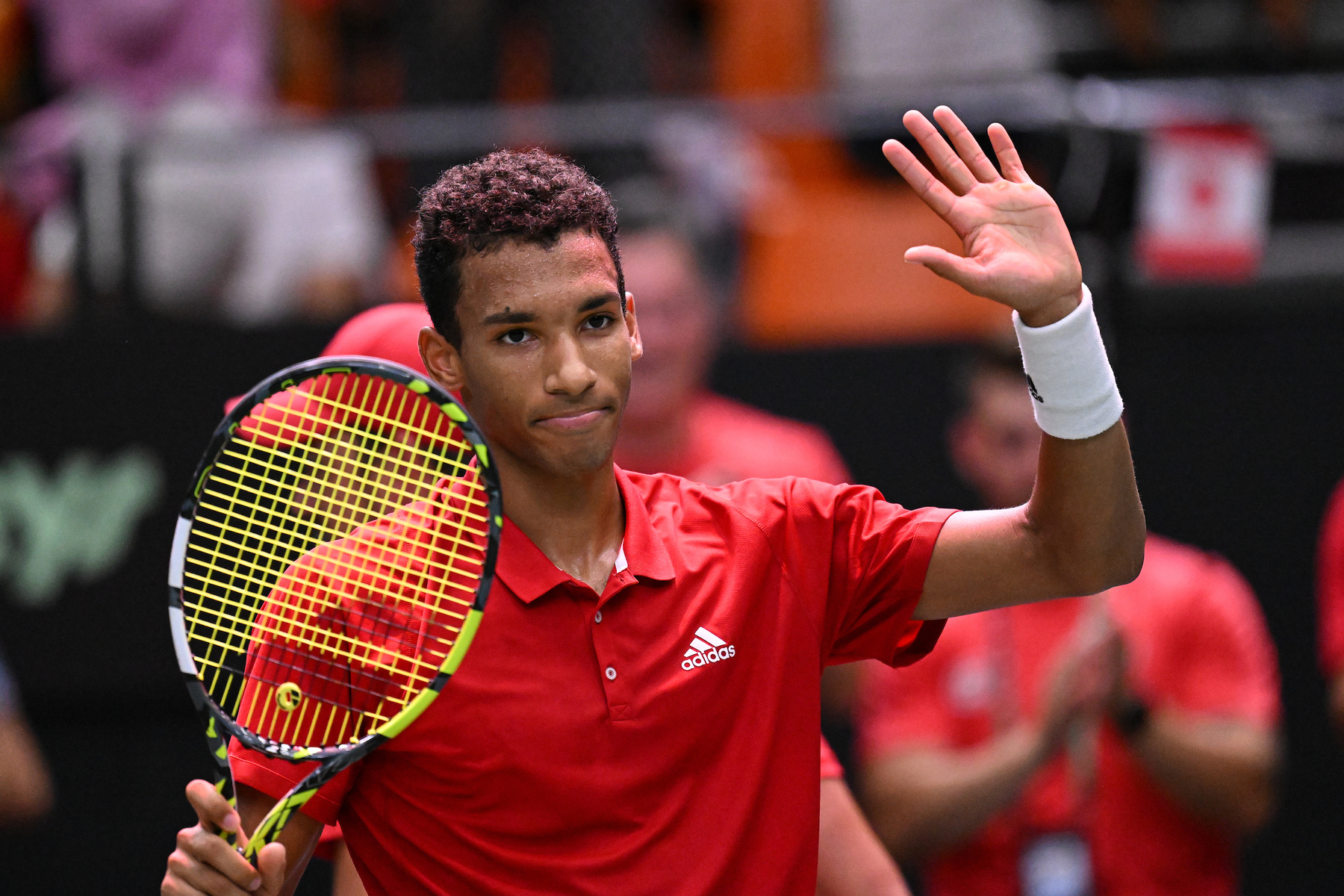 One week after knocking out World No. 1 Carlos Alcaraz in the Davis Cup Finals, Félix Auger-Aliassime has defeated yet another top player at the Laver Cup in London. This time his victim was none other than 21-time Grand Slam champion Novak Djokovic. The Canadian played a virtually flawless match to earn a 6-3, 7-6(2) victory, one of the biggest wins of his career.

Auger-Aliassime played aggressively and at a very high level throughout, leaving Djokovic searching for answers that he was unable to find. The 22-year-old broke early in the opening set, securing the lead with some great serving and shot-making. He jumped ahead again in set two with another break of serve, but Djokovic fought back to level the proceedings and pushed hard to take a lead of his own. Auger-Aliassime resisted though to force a tiebreak which he won comfortably thanks in large part to an effective serve and forehand combination. Djokovic appeared bothered by a sore wrist at times during the contest, shaking it out on several occasions, but the Canadian was unphased and continued to apply relentless pressure on his opponent.

Trailing 8-4 entering the final day of competition, Team World also won Sunday’s opening doubles match to take their first lead in the four-year history of the Laver Cup. The triumph once again came courtesy of Auger-Aliassime, who teamed up with American Jack Sock to top Matteo Berrettini and Andy Murray 2-6, 6-3, 10-8 to get themselves back into the conversation. After a slow start, the Team World pairing really picked up their games to take a match they absolutely had to have. Auger-Aliassime was especially strong in the match tiebreak, taking the initiative during the final two points with an imposing return and serve to give his team the edge. Sock sealed the win with an exquisite drop volley on match point.

It was an impressive bounce back from Auger-Alissiame to be victoriousin both of his matches at the O2 on Sunday following a disappointing three-set loss to Berrettini in singles on Saturday.

These results meant that the 2022 edition of the event was decided in the third match of the day when U.S. Open semifinalist Frances Tiafoe pulled off a significant comeback win against Stefanos Tsitsipas 1-6, 7-6(11), 10-8 to complete the Sunday sweep and allow Team World to capture the Laver Cup trophy for the first time, coming out on top 13-8 in the overall score.

Canadian tennis fans will hope to see Auger-Aliassime line up with Team World when the Laver Cup comes north of the border for the first time to Vancouver next fall.